To improve industrial energy efficiency will become one of the cornerstones of the global economic landscape in the coming decades. In fact, an organisation’s environmental commitment is, nowadays, more and more important, both in the minds of consumers and in CSR manuals. In this respect, the industrial sector will play a leading role, as it is one of the major consumers of material and energy resources.

So much so that, on 23 June 2021, Red Eléctrica de España (in its report on the Spanish Electricity System 2020) highlights an 6.6% decrease in energy demand in the industrial sector. Meanwhile, Spain’s demand suffered a 5.5% drop, which meant that the GWh demanded fell to 249,991 due to the pandemic.

Another factor that shows the weight of industry in the overall consumption is the IRE’s evolution. This measurement indicates the variation in the electricity expenditure of organisations with medium and high consumption rates and, during 2020, it experienced significant decreases. Consequently, this provoked a 7,3% drop of the total IRE in comparison with 2019 (the sharpest drop since the IRE was first measured) and the index was 2.5% lower than the minimum reached in 2013 (115.3). Meanwhile, the industrial sector showed a 6.6% decline in consumption, implying a significant acceleration of its downward trend over the last two years.

During the fourth quarter of 2021, a moderating trend in year-on-year growth rates has started. Industrial activity has played a very important role on this process, as it has suffered a net decline compared to 2020. This has occurred because, although intermediate goods have continued to report positive rates thanks to the demand from metallurgical industries, this has not compensated a general negative trend led by the automotive industry.

Finally, in April 2022 the situation is as follows. 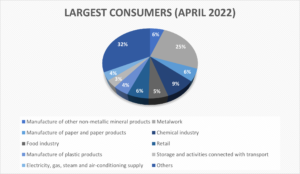 These data, therefore, depict a panorama in which technological revolution becomes an urgency, given the importance of adopting more efficient processes to favour the competitiveness of companies and to improve industrial energy efficiency.

A tool such as Gradhoc can be a powerful ally to achieve this goal. This product allows you to know how is your installation functioning in real time (status, energy sources, activity, needs, etc.) and, thanks to this, you will be able to optimise each piece of equipment’s energy consumption. This, in turn, has significant implications when trying to reduce your business’ impact on the environment.

What kind of energy?

However, we are not just talking about a purely technological need, but also about taking advantage of the diverse energy sources available to us.

In this respect, renewable energies are of paramount importance, as can be easily perceived from the fact that the IEA predict that, from 2022 to 2024, the renewables will grow to the point of crowding out fossil fuels (which will decline almost 10%)  and compensating for diminishing nuclear generation in 2022 and 2023 (-4% over the whole period).

According to Eurostat, 58.6 % of the net electricity generated in the European Union in 2020 was obtained from non-combustible primary sources, 41.3 % was sourced from combustible fuels, and 24.3 % came from nuclear power stations. Among the renewable energy sources, the ones that produced the most net electricity were wind turbines (14.7 %), hydropower plants (13.8 %) and solar power (5.3 %). 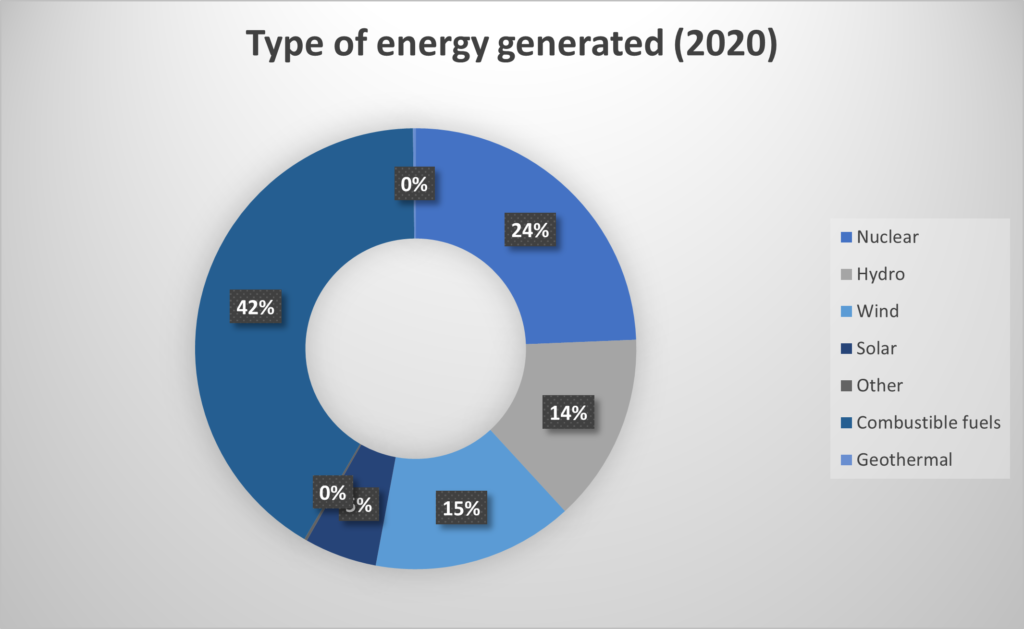 Gradhoc, in this sense, offers the advantage of enabling the monitoring of all energy variables, thus optimising your production by controlling temperatures, production capacity and, obviously, energy consumption.

Why should energy consumption be reduced?

Nonetheless, the only 100% environmentally friendly energy is the one that is not consumed. Also, the price of industrial electricity tariffs varies significantly depending on a large number of factors, such as season, climate, etc.; consequently, the main reason to reduce consumption is to improve industrial energy efficiency while executing production processes, thus ensuring a cutting down in costs and, consequently, contributing to an increase in competitiveness, as well as to a reduction in CO2 emissions.

The industrial sector is a strategic one in this sense, as it has a high potential for decreasing final energy consumption and pollutant emissions.

Another reason, equally important, is to comply with the objectives set by the European Union and Spain.

How to improve energy efficiency in industry?

Finally, if you want to know how to improve energy efficiency in industry, here are some tips that may come in handy:

Ways to improve energy efficiency in industry by enhancing the industrial working area:

Ways to improve energy efficiency in industry by renovating your equipment:

Ways to improve energy efficiency in industry by changing the energy vector:

Ways to improve energy efficiency in industry by implementing software and new technologies: